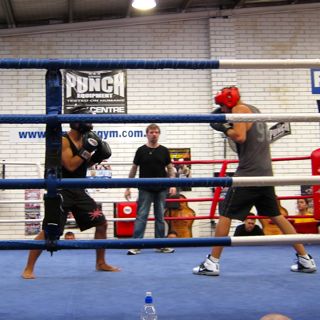 Well done to A.I.M. Academy Member, John Luong, who had his first Boxing match at the Interclub Challenge on 19 Feb 2012.

John’s opponent had a significant reach advantage & was a little more experienced. In the first round, he found it difficult to get inside his opponent’s long reach, but did much better in closing the distance during the second round.

The result was a draw, which is a great effort from John, who has only been training for 5 months!

Special thanks to all the A.I.M. Academy Members & friends who came along to support John at his first Interclub event! 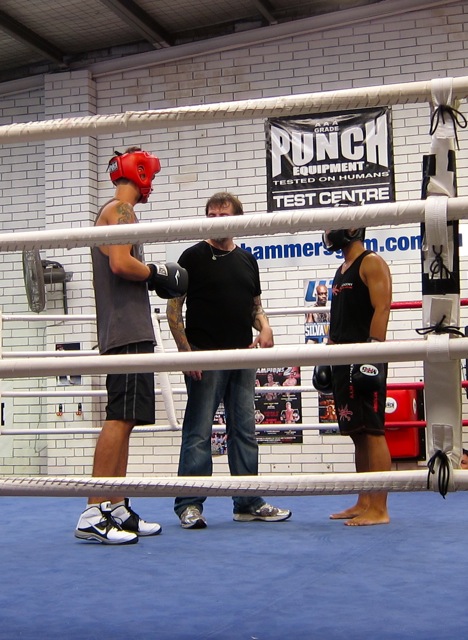 Above: As the referee gives instructions, John realises just how tall his opponent is! LOL! 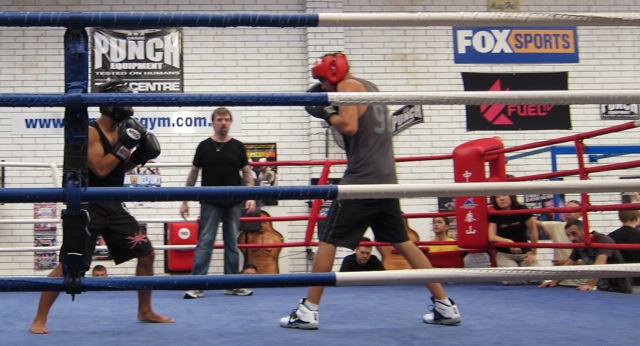 Above: John working hard to get inside his opponent’s long reach