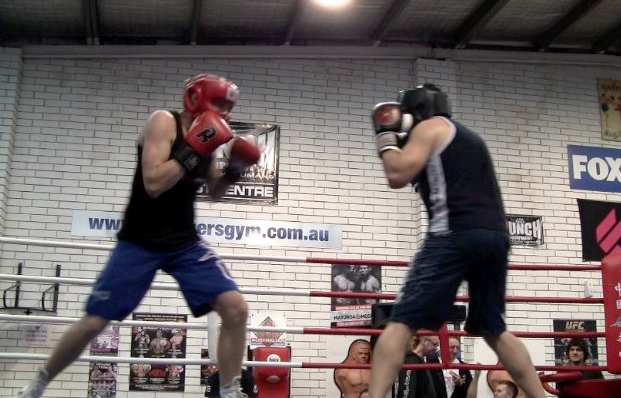 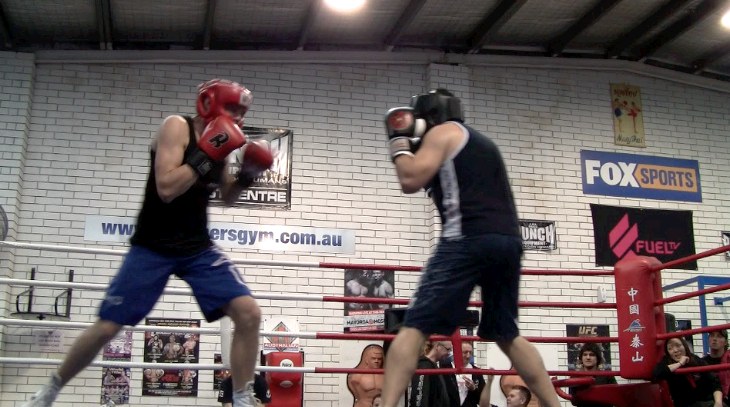 A.I.M. Academy Member, Ross Barling, was entered under Boxing rules at the Interclub Challenge at Hammers Gym on Sunday 29 May.

Ross moved well, rocked his opponent with a right uppercut in the first round, and worked on keeping his opponent at bay.

Congratulations to Ross on his third win out of three Interclubs! 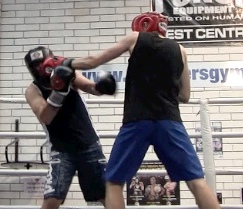 We also had Beor Ong representing our Clayton branch at the Monash University Kickboxing Club, who was entered under Kickboxing rules.

Beor had the upperhand in the first round, so feeling more confident & adventurous in the second round, he mixed it up with a crowd-pleasing “Superman” punch & spinning back kick!

Well done to Beor on his win too! 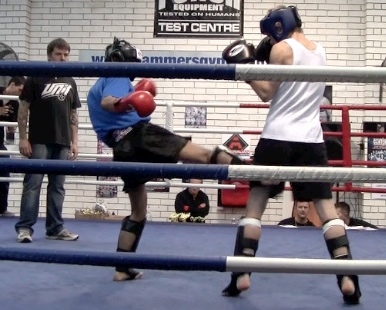 Thanks to all the Club Members, family & friends who came along to support the guys! Fantastic team spirit!

So far, that makes 8 wins out of 8 matches within the last 6 months!

We’re looking to grow our team and have more guys & girls stepping into the ring to test themselves in the Interclub circuits.

Congratulations to Ross Barling of the A.I.M. Academy on his Boxing win, and Beor Ong of Monash University Kickboxing Club on his Kickboxing win! Well done, guys! Thanks to all the members & friends who came along to support Ross & Beor! Fantastic team spirit!

What is an Interclub?

An Interclub is an event where all the different Boxing, Kickboxing & Muay Thai clubs around Victoria get together for a friendly day of sparring (either light-contact or semi-contact).

A.I.M. Academy Members who are interested in participating in future Interclubs should make every effort to attend this event as a spectator. This will give you an opportunity to see the level of contact allowed, the level of competition, and get a feel for whether it’s something you want to work towards.